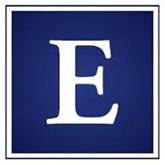 we want to hear from you!

If you’ve been charged with a crime, from a minor traffic violation, drug possession, theft crime or assault, it’s important to face the charges against you with a competent, experienced legal defense. Hiring a qualified lawyer will help you avoid devastating consequences, including longer sentences, higher fines, longer probation and even jail or prison time. Convictions for even a misdemeanor can have long-term effects on your future and ability to obtain or keep your job.

Ewing Law Group provides affordable and experienced criminal defense representation from the very beginning. In many cases you can avoid the stress and embarrassment of appearing in court and continue to go to work or school while your case is handled. Our legal team also offers representation for family law and personal injury cases.

we want to
hear from you

In the world of criminal defense, there are two overarching categories of criminal penalties—misdemeanors and felony offenses. While some crimes are labeled as either a misdemeanor or a felony in all instances, others can be approached both ways, depending upon the unique circumstances of the case. In California, these are known as wobbler crimes.

Felonies are considered a more serious offense and generally come with harsher punishment, sometimes including lengthy (or even lifelong) prison sentences. For this reason, felony convictions in the state of California can have lifelong repercussions on the offender, regardless of the nature of the crime. Without a criminal defense attorney, fighting a felony allegation can be extremely difficult. However, with professional representation, a felony accusation does not mean that you are doomed or that you shouldn’t bother fighting the allegation. A skilled defense attorney may be capable of diminishing the prosecution’s case or fighting against wrongful charges.

Misdemeanors are less serious offenses than felonies and generally come with a lighter punishment. Even so, being convicted of a misdemeanor crime is certainly not desirable. A California misdemeanor conviction can take a long-term toll on your life and could even place limits on your freedoms or career options moving forward. This is why it is important for individuals accused of a misdemeanor to secure the services of a Sacramento criminal defense attorney at their earliest convenience.

Manage The Consequences Of A DUI Charge Or Conviction

Being arrested for driving under the influence of drugs or alcohol (also known as DUI or DWI) can have serious consequences, which may affect you for years to come. California state and local law enforcement, district attorneys and judges take a hard stance on DUI charges. People convicted of driving under the influence can face severe penalties, including loss of your driving privileges, fines, required installation of an ignition interlock device, participation in a DUI education program and jail time.

If you have been arrested for a DUI in Sacramento County, Placer County, Yolo County, El Dorado County or anywhere in California, we can help you and protect your rights.

Under California law, assault refers to any instance where one party attempts to violently injure another party. Meanwhile, battery is defined as an act of intentional physical harm or violence inflicted onto an individual without their consent. In short, assault refers to either the threat or attempt itself, while battery refers to the actual physical act of harming someone else. The two often occur together.

As with most violent crimes, assault and battery cases are taken extremely seriously by California courts. If you are convicted of either assault or battery in the state of California, you could be sentenced to a maximum of 25 years in prison. No matter the sentence, having an assault or battery charge on your criminal record could take a serious toll on your life, limiting employment prospects and other important opportunities.

Domestic violence can cause irreparable damage to the adults and children who suffer its effects. As such, it is another crime that is taken very seriously by the California court system. By extension, a domestic violence conviction can have a devastating effect on many facets of the offender’s life in the future. This is especially true if you are falsely accused of this terrible crime.

If you have been accused of abusing or threatening to abuse someone close to you (often a child, other family member, spouse, or romantic partner), then you could be charged with domestic violence. A domestic violence conviction can result in a number of serious consequences, including prison time, restitution payments, mandatory counseling, and anger management courses. False domestic violence charges can also diminish your standing with your employer, friends, family, and the community.

If an individual engages in an act that provides them with an illegal or unfair advantage and/or causes undue loss to another, then this individual has committed fraud. Fraud crimes are unique, as they are what is known as a “wobbler” crime. Essentially, the wobbler distinction indicates that the crime can be treated as either a misdemeanor or a felony, depending upon the context. The court will consider multiple circumstances, including the criminal history of the individual and the assets involved.

A felony fraud conviction involving money or services over a certain value threshold can bring severe repercussions, including years in jail or prison. Certain felony fraud convictions may result in federal charges. Even a misdemeanor charge can come with difficult consequences of its own, potentially including suspension of a professional license. A criminal defense attorney may be able to advocate for misdemeanor charges or reduce the associated penalties.

Even as the long-standing war on drugs becomes less prominent in the public eye, many drug crimes still come with hefty penalties in the state of California. Many drug crimes are wobblers and may be prosecuted as either a misdemeanor or a felony. If convicted of possession, distribution, or another drug crime, you could face substantial fines or even jail time.

Fortunately, an experienced criminal defense attorney understands the best strategies to combat a drug crime accusation. After taking a thorough look at the circumstances of the case, your lawyer may cite unlawful search, inappropriate conduct by law enforcement, and even underlying medical reasons to challenge the prosecution’s case and seek reduced penalties or dismissal.

PROTECT YOURSELF AGAINST SEX CRIME CHARGES

The ramifications of being convicted of a sex crime like rape, statutory rape, sexual battery, and sexual assault are already severe enough when you consider prison time and fines. However, in California, being convicted of certain sex crimes can result in placement on the sex offender registry. The impact of finding oneself on the sex offender registry is immense, making it difficult for many sex offenders to find employment, move to a new residence, or simply go about their lives.

Theft and fraud crimes are not one and the same and will be treated as separate accusations in court. A wide array of crimes can fall under the category of “theft,” including common crimes like shoplifting, vehicle theft, and robbery.

Like fraud, theft is categorized as a wobbler crime. Generally, whether the conviction will be treated as a felony or a misdemeanor is dependent upon the value of the property stolen. Instances of theft where a substantial dollar amount of property was stolen will typically be treated as felonies, while less severe infractions (such as shoplifting inexpensive items) are often treated as misdemeanors. Whether the theft crime is a felony or a misdemeanor, however, a California criminal defense attorney can help you build a strong case to reduce penalties or avoid conviction.

White-collar crimes are those committed by business professionals or even government officials and other individuals in positions of power. A number of financial crimes can fall under the “white-collar” category, although they all involve some form of illegal financial gain performed in a corporate context. These nonviolent crimes can include corruption, bribery, business fraud, healthcare fraud, embezzlement, money laundering, check kiting, and more.

Violent crime is a broad category of criminal allegations, some of which have been discussed above. However, it is important to note that the California court system views its responsibility to pursue violent offenders as a first priority. As a result, sentencing and penalties for these crimes are typically much more severe than those for many nonviolent crimes.

If you are convicted of a violent crime, you risk becoming a felon for the remainder of your life. A conviction can also result in other substantial penalties, such as prison time and heavy fines. Even years after you have finished serving your sentence, it is still possible for a violent crime conviction to continue impacting your day-to-day life.

In some cases, it is possible to have a misdemeanor or a felony conviction erased from your record. This is what is referred to as an expungement. A criminal record can cause lifelong consequences and may prevent you from getting a job or entering the military.

In order to expunge your criminal record, we will prepare and file a petition to the court to have your case reopened and your plea set aside. After a successful expungement, your record will show that the case was dismissed.

Get Qualified Sacramento Criminal Defense Lawyers On Your Side

Ewing Law Group provides a wide array of legal services to clients in Sacramento and throughout Northern California, including family law and personal injury law.

To see how our law firm can help in your case, contact us online or call us at 916-668-4894 and schedule a consultation.

Get Qualified Legal Assistance From Our Experienced Lawyers

Ewing Law Group provides a wide array of legal services to clients in Sacramento and throughout Northern California.

To see how our law firm can help in your case, contact us online or call us at 279-900-8848 and schedule a consultation.